A missed school day is a lost opportunity for students to learn. In this era of increased accountability for states, districts, and schools, the connection between student attendance and learning is being studied more than ever before. As a result, education agencies are asked with increasing frequency to report attendance data in a standard manner to allow comparisons across organizations and jurisdictions.

The primary rationale for high-quality attendance data is the relationship between student attendance and student achievement. Teacher effectiveness is the strongest school-related determinant of student success, but chronic student absence reduces even the best teacher’s ability to provide learning opportunities. Students who attend school regularly have been shown to achieve at higher levels than students who do not have regular attendance. This relationship between attendance and achievement may appear early in a child’s school career. A recent study looking at young children found that absenteeism in kindergarten was associated with negative first grade outcomes such as greater absenteeism in subsequent years and lower achievement in reading, math, and general knowledge. 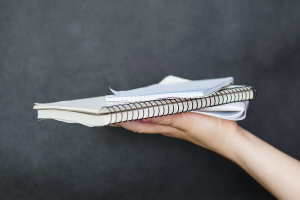 While these categories of absences are relatively consistent from one institution to another, school attendance policies and practices vary. For example, some school policies make little or no distinction between excused and unexcused absences. Similarly, school suspensions may be counted as absences by some school districts but not by others.

Students of color generally have higher absenteeism than their white counterparts:

What is the impact of poor school attendance?

The correlation between attendance and dropout rates has important ramifications that go beyond the classroom. Compared to their peers who graduate, students who fail to complete their high school education are more likely to live in poverty, suffer poor health, and become involved in the criminal justice system.